“Each thing in its own time”. We were asked to paint this wall last summer, but according to the building owner’s wishes we had to wait until the tomatoes in his garden were harvested. This building is part of a quarter called Ciudad Jardín (Garden City) in Donostia-San Sebastián, which was promoted at the beginning of the 20th century for lower incomes. Nowadays this zone is living a process of regeneration that has been long-awaited. This mural was developed during 16 days of constant rain. 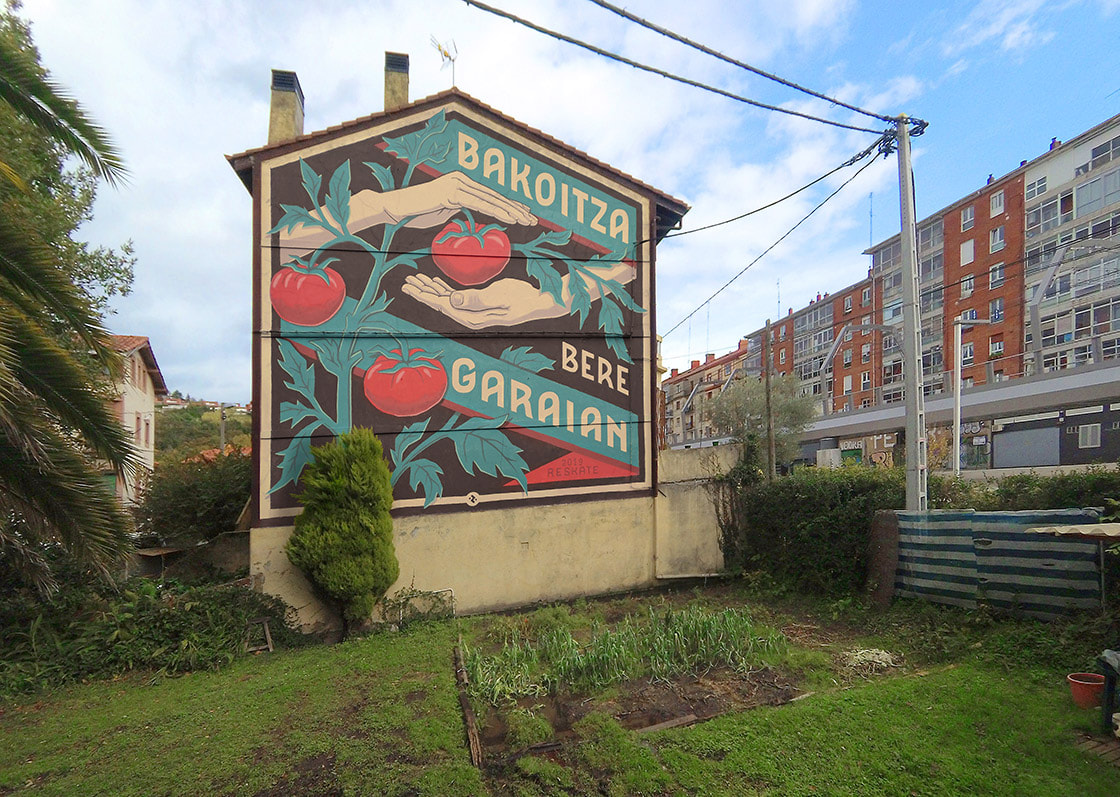 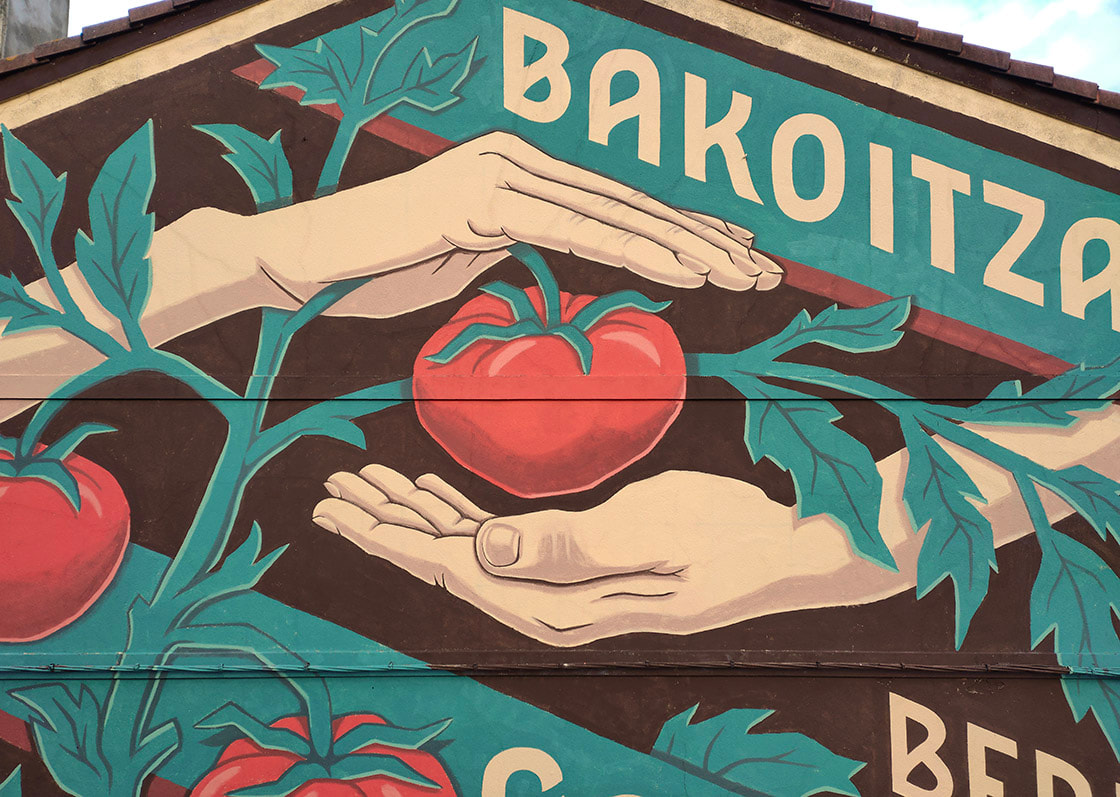