The word rival comes from the latin rivalis and it has its origin in the person that lived in the opposite bank of the river, riba in latin. Although it is used to refer to the opponent or enemy, the example of Fontaine and Grenoble, which are separated by river Drac, made possible a different meaning for this word. This river is called Drac because of the violent floods caused by the thaws that these towns have suffered throughout history. Knowledge and cooperation between Fontaine and Grenoble made possible the channelling and control of Drac’s power. This mural is painted on Maison de Jeunes et de la Culture Nelson Mandela (the Civic Centre in Fontaine). This public facility is used to teach arts and share culture. An asset that should always remain public and accessible in order to face common challenges. 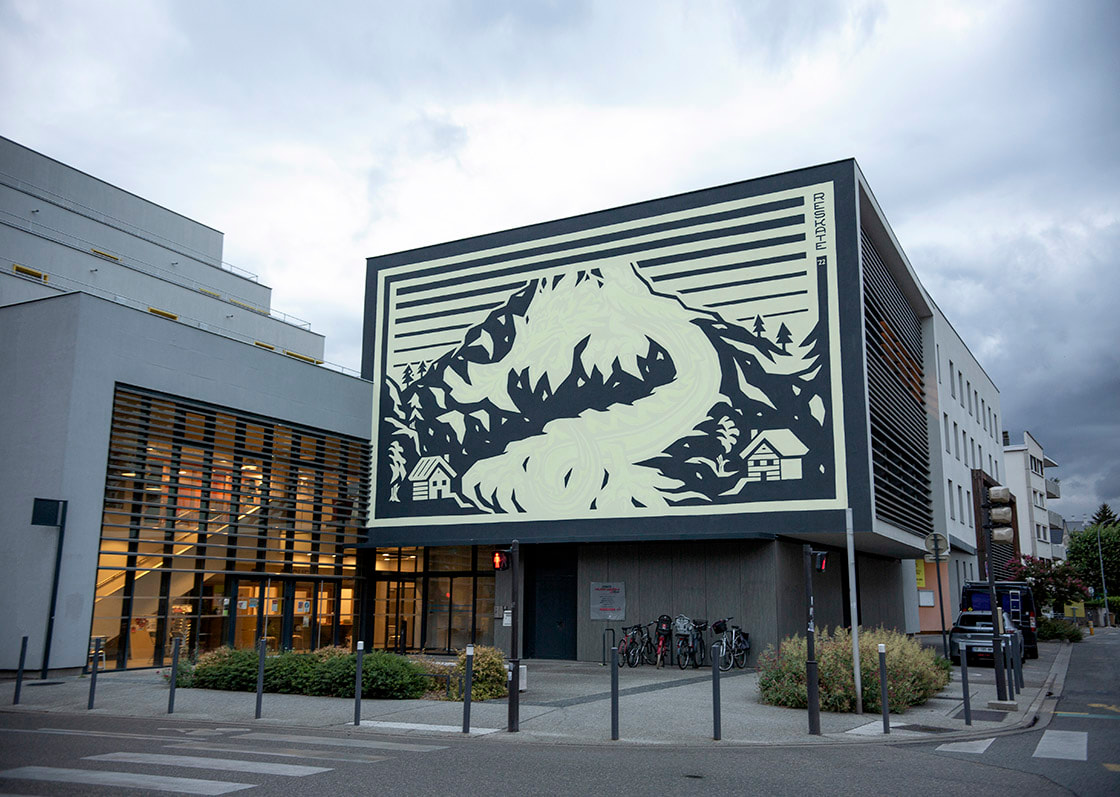 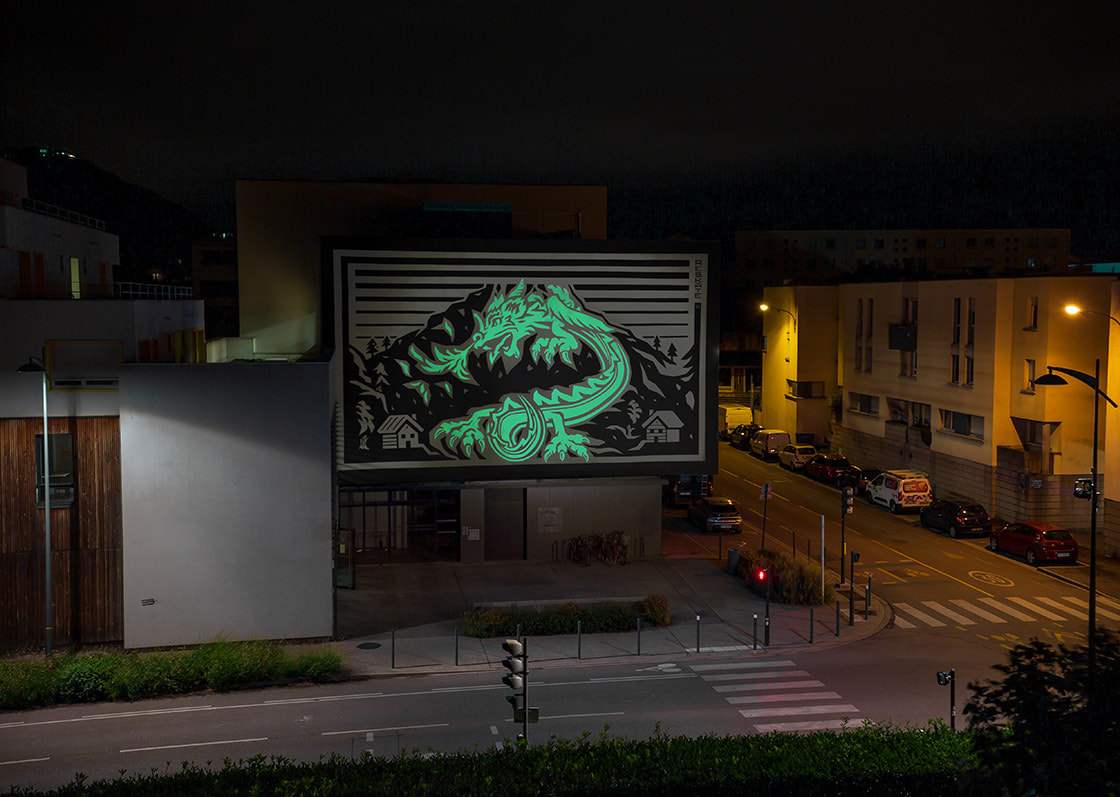